The conditional in French 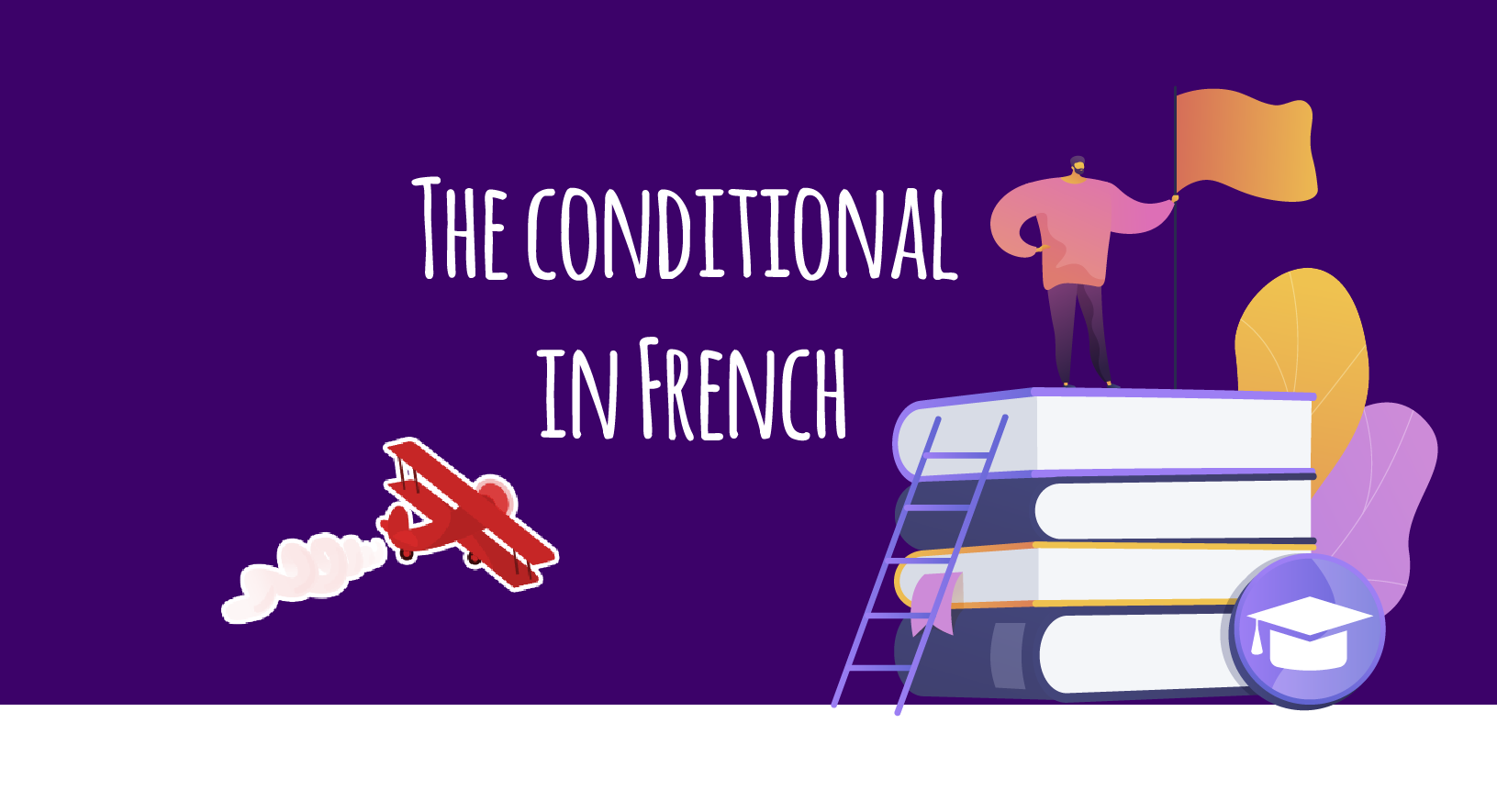 The conditional can be used as a tense or as a mode . In the first case, it allows to express the future in the past. In the second case, it expresses the contingency, the imaginary (a future action whose performance is not certain because it is subject to a condition).

Learn the rules for using and conjugating the conditional in French thanks to our simple and clear explanations accompanied by examples and practice its correct use with our exercises! It will be very useful if you take an official exam !

The conditional form is what we use when we say things like ‘I would like to…. “Or” It could be … “or” He would buy me … “. This form serves to express many things:

Due to the strikes, the train could be late.

A complaint or protest (Une protest):

You should be careful!

A future in the past:

He told me he would not come.

An event subject to a condition or hypothesis:

If I had a lot of money, I would buy a Ferrari.

I would be the queen and you the king.

The  conditional is also used in French

As an expression of a wish, possibility or hypothesis in the present or future (present conditional) and in the past (past conditional).

The conditional tense expresses the future in the past.

Michel thought he could go on a trip.

Use in hypothetical sentences.

If you went to the Caribbean, you could go to the beach every day.

Polite formula in a questioning way.

Michel, could you come to the board?

How to conjugate French verbs in the conditional?

The present conditional is formed from the future radical to which we add the imperfect endings.

Use with “if” (hypothesis) + time agreement .

In certain situations, the conditional is imposed by the principle of time agreement , in particular, it is found in the building with “if” in the subordinate clause.

if it worked, it would get good results.

If the verb of the subordinate that expresses a hypothesis and introduced by “if” is imperfect, the verb of the principal must necessarily be in the present conditional.

In some situations, it is difficult to determine if the verb is in the future or in the conditional . This is particularly the case with the first person singular. In fact, in this form, the conditional and the future are pronounced the same way.

Example: futur: j’aimerai, conditionnel: j’aimerais.  The only difference is in the writing, the pronunciation is the same.

To determine the difference , it is necessary to establish whether the action is future or hypothetical.

Example of the verb “manger” (to eat)

Concordance : verbs that use the auxiliary “être” have to adapt the participle in gender and number to the subject.